This 2,000-acre industrial shipping complex, located in Tulsa Oklahoma, has shipped nearly 85 million tons since its opening in 1971. The port was opened as a part of the McClellan-Kerr Arkansas River Navigation System, which runs 445 miles from Northeast Oklahoma to the Mississippi River. This system was built and managed by the U.S. Army Port of Engineers, which at the time happened to be the largest civil engineering job they had ever taken on. The Port of Catoosa is one of the world’s largest inland river port in the entire United States. Having over seventy- two different industries, it is true that this port stays busy. Due to this high shipping traffic, it is inevitable that some of its equipment succumbs to some wear and tear. At a portion of their rail cart system track, used for moving different materials around the complex, they were wanting to install an overhead suspension that extends over the track to make it easy to make repairs to their rail carts. This system would need to support a lot of weight and would have a pretty intense bending moment at its base. Bedlam Concrete Lifting was contracted to make an adequate foundation for this project.

To complete this project, Bedlam Concrete Lifting installed a total of six HP288 Helical Piers, three for each footing. Two rectangular holes were excavated at each pre-determined location where the footings would be placed. At each location, three helical piers were installed. One being perfectly centered and was installed perfectly vertical, the other two were placed on either side of the center pier and were angled at about 30 degrees from vertical, each angled toward the center pier. The piers were placed at these angles to relieve any horizontal stress that may be applied to do any bending moment forces that it may be susceptible too. After installation, specially cut new construction caps were installed at the top of each pier. 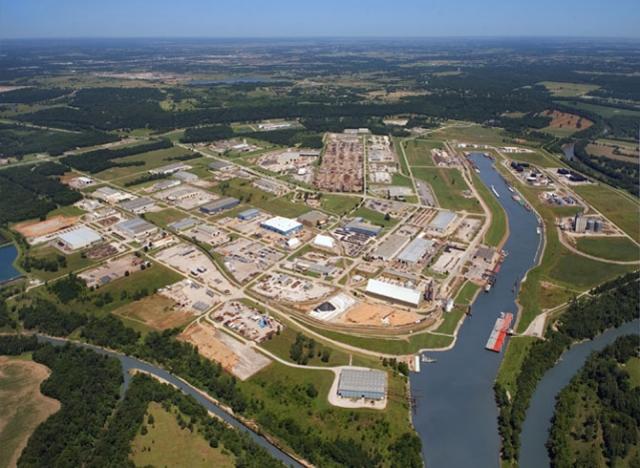 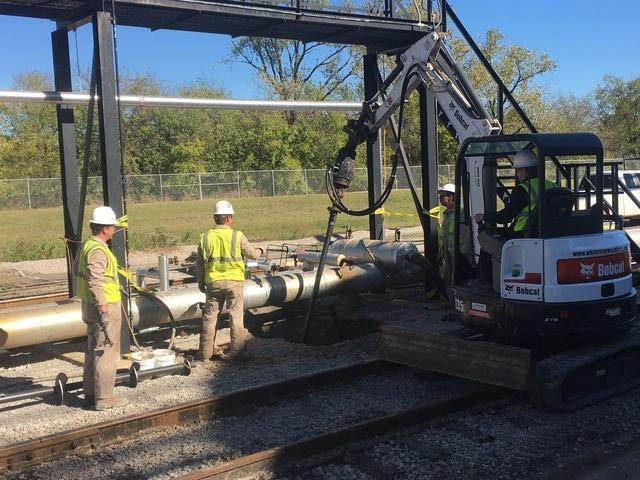 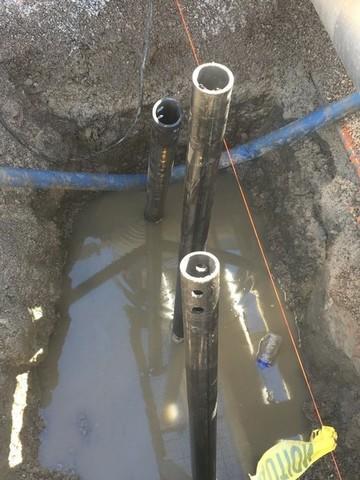 Photo Gallery: Helical Piers in Tulsa, Ok
Back to Previous Page
Back to Case Studies