This basement wall in Perry, OK was a victim of some pretty bad cracking due to the sheer weight of the outside soil it is trying to retain. The main crack the homeowners were worried about was about an inch wide and was severely compromising the integrity of the basement wall. Due to the magnitude of this crack, it was only a matter of time until it would spread and eventually cause the entire wall to collapse. The basement wall was in desperate need of some reinforcement.

Bedlam Concrete Lifting used a total of seven PowerBraces to reinforce this wall. Due to the floor joists being perpendicular to the wall of concern, bridge assemblies had to be installed so the PowerBrace would have something to latch onto. Holes with a diameter of 5/8" were drilled every 3 feet to make sure the load of the wall was evenly distributed across all the braces. The PowerBrace I-beams were anchored into the floor, then fastened into the bridge assemblies. The PowerBraces were tightened until they were successfully reinforcing the basement wall. These PowerBraces permanently stabilized the basement wall and prevented any future cracking or bowing. 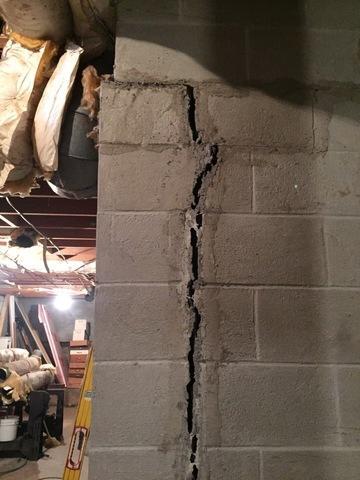 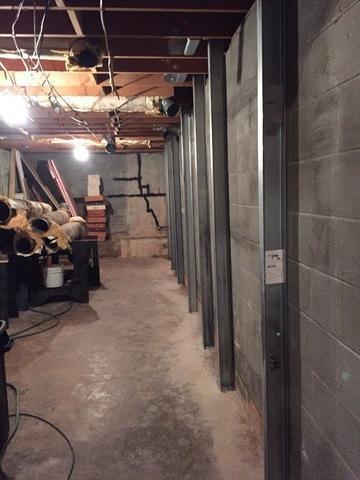 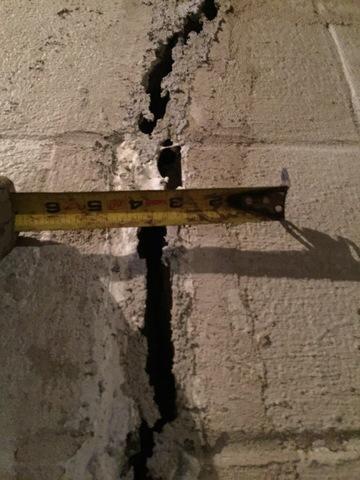 Measurement of Crack in wall

Photo Gallery: Powerbrace Installation in Perry, Ok
Back to Previous Page
Back to Case Studies